Make your own worksheet during the next commercial break

Start by browsing the selection below 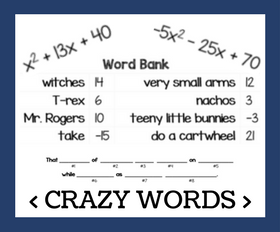 Math, meet Mad Libs®. Factor quadratics in a Crazy Words activity where mistakes are just as fun as the right answer!

Solve for the roots of quadratics by factoring, by completing the square, or with the quadratic formula. 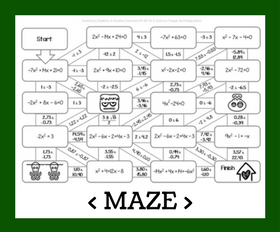 Dodge the monsters. Make it home. Reveal the path with the quadratic formula or by completing the square! 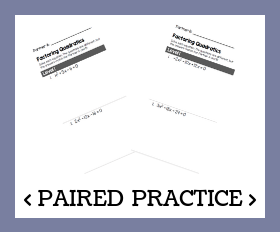 Work in pairs to solve quadratics by factoring. 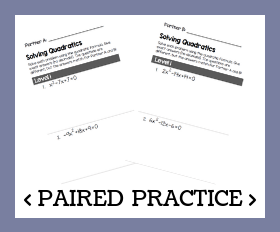 Work in pairs to solve quadratics with the quadratic formula or by completing the square. 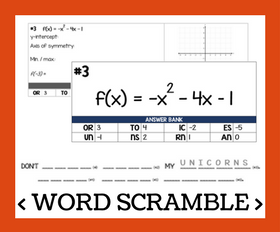 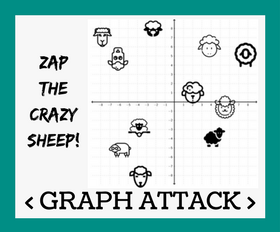 Graph quadratics while zapping crazy sheep. Strap on those boots. 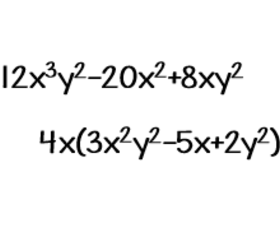 Factoring Out the GCF

Factor out the greatest common factor from binomial and trinomial expressions. 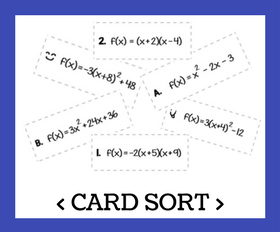 Activity: The Case of Aaron Rogers

Model Aaron Rogers's performance over time to predict how he'd do if you recruited him next year.

Build a model to analyze the popularity of Pokemon Go, then play the role of game designer and investor to build a better game and make lots of money.

Use fuel economy data to determine how much money you can save by driving smarter. 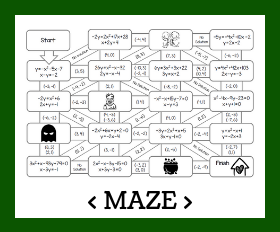 Dodge the monsters. Make it home. Reveal the path by solving linear-quadratic systems with factoring!